The Zairean (now DRC) artist, Bodys Isek Kingelez (1948 – 2015), lived in Kinshasa  – a city that was initially dominated by Belgian colonial architecture and then later, after 1965, by the ambitious structures built by Mobutu Sese Seko. 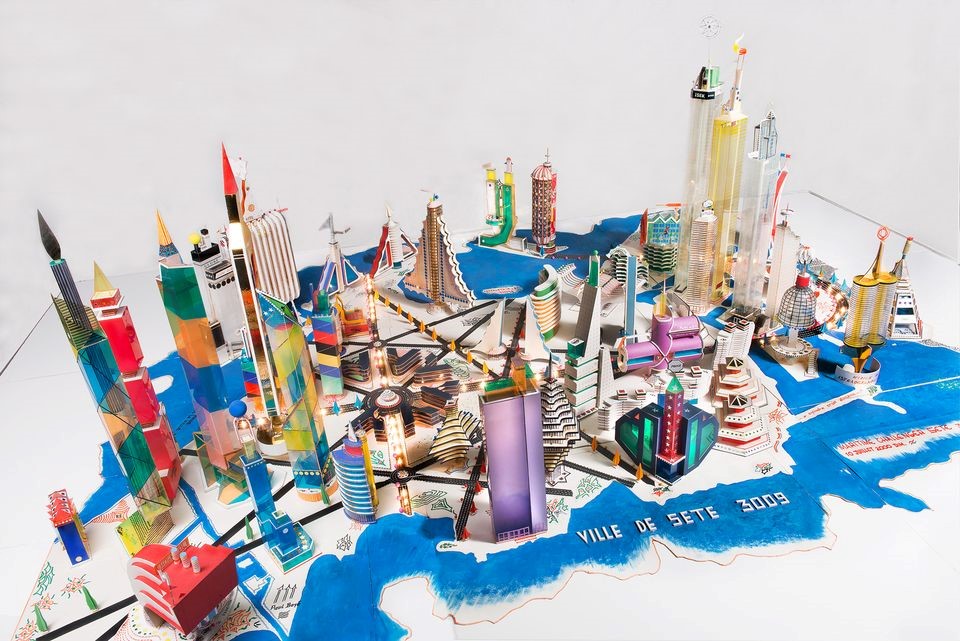 The same story has been repeated in many African cities, including Accra, Ghana’s capital.

Kingelez as an artist started fabricating detailed futuristic models of cities in response to the urban chaos and blight that surrounded him. 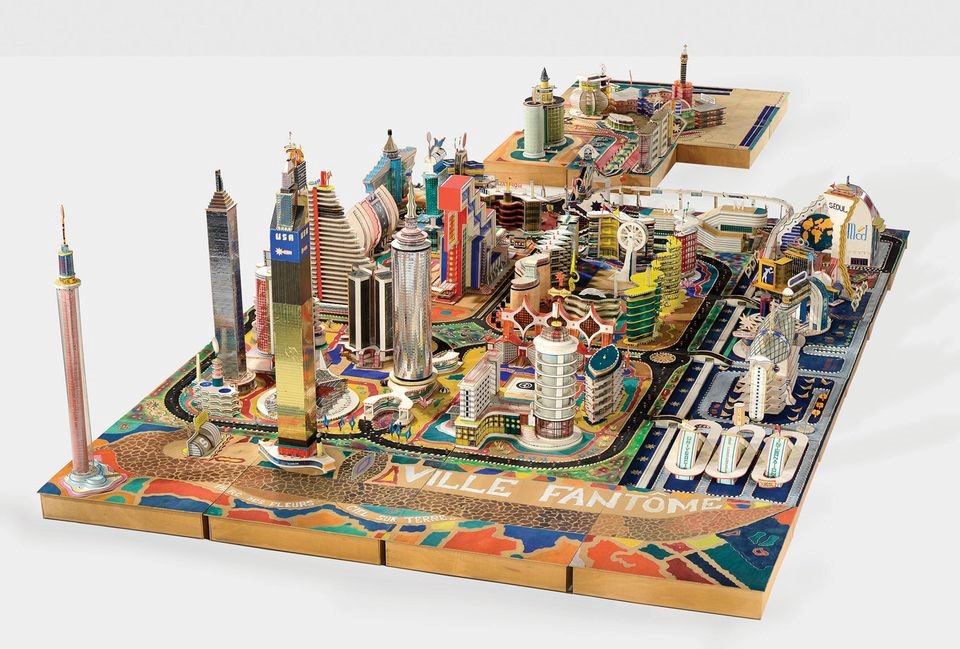 “What he’s often doing is positing a scenario where society is perfectly functioning,” says Sarah Suzuki a MoMA curator. “[And] all the resources are available.”

The unique, intricate and innovative models of Body Isek Kingelez are being exhibited in a historic (hmm groundbreaking!) solo retrospective, “CITY OF DREAMS” at MoMA, NY; it runs from May 26 to January 1 2019. 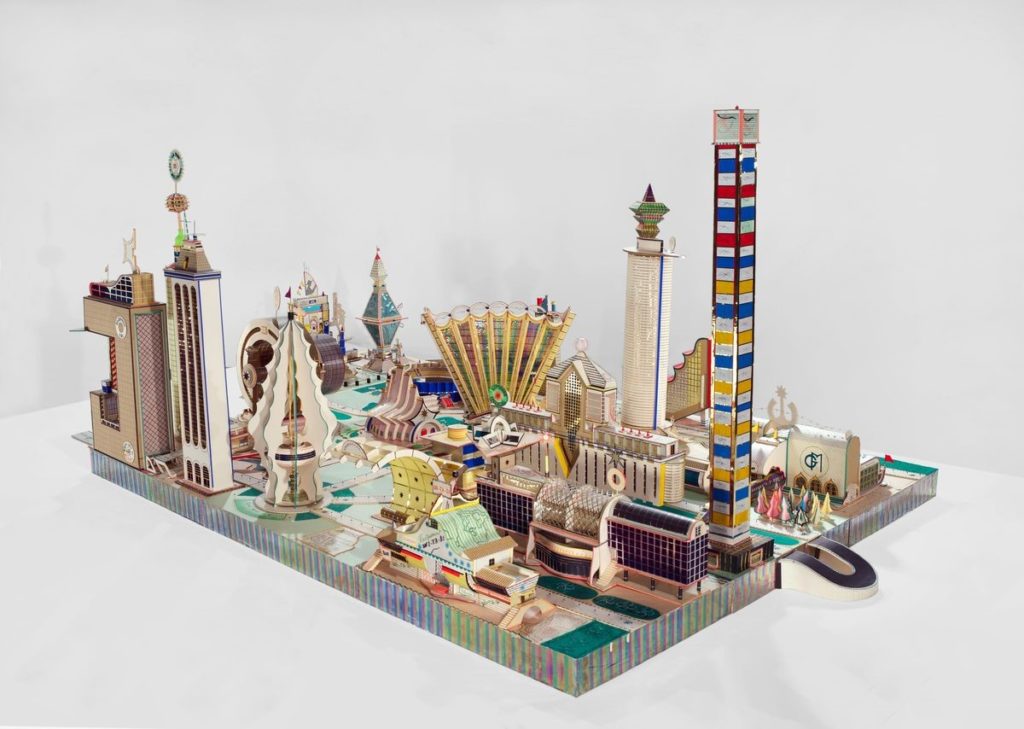 Kingelez knew his models were not likely to be realised in his lifetime – and they were not.

In fact, he rightly declared that we were not ready for them.

They were a proposal from him – an option; a real, tangible proposal for how we might live in the future. 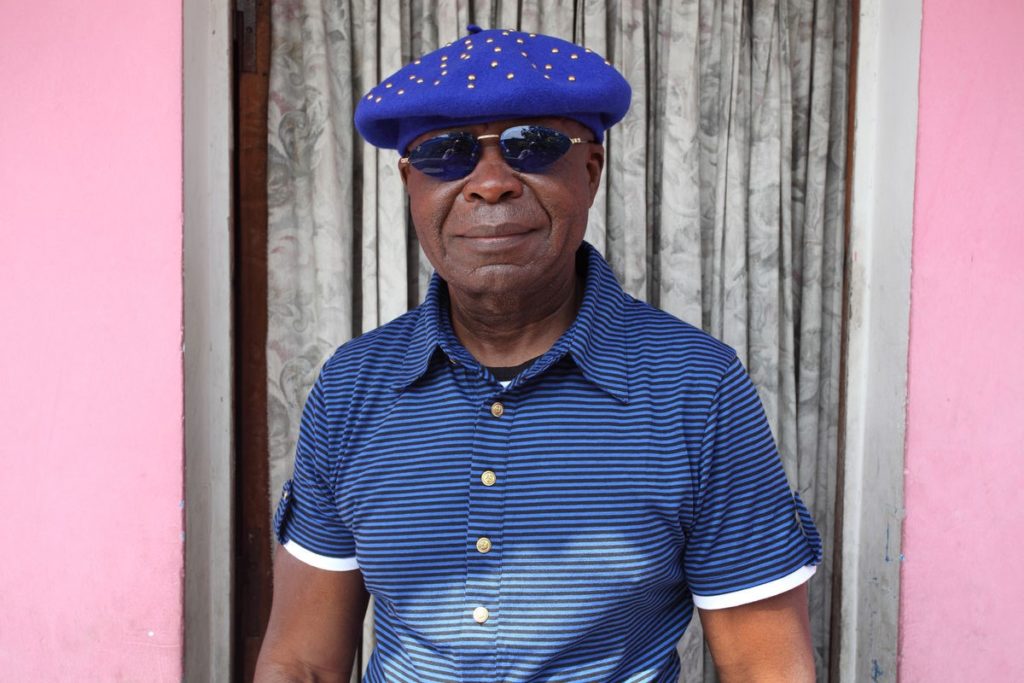 Kingelez was educated, progressive and cosmopolitan; he spoke five languages, was a university graduate and a teacher but he had no formal training in art or architecture.

It is heartbreaking, but entirely consistent with the sub-Saharan reality, that his legacy goes largely unrecognized in his home country—there is yet to be a single exhibition of his work held there.