In our present epoch, corrupt African leaders collude with foreign business interests to exploit local mineral resources in ways that yield next to no benefits to the indigenous population.

This is nothing new. It has been going on largely uninterrupted for almost 500 years. 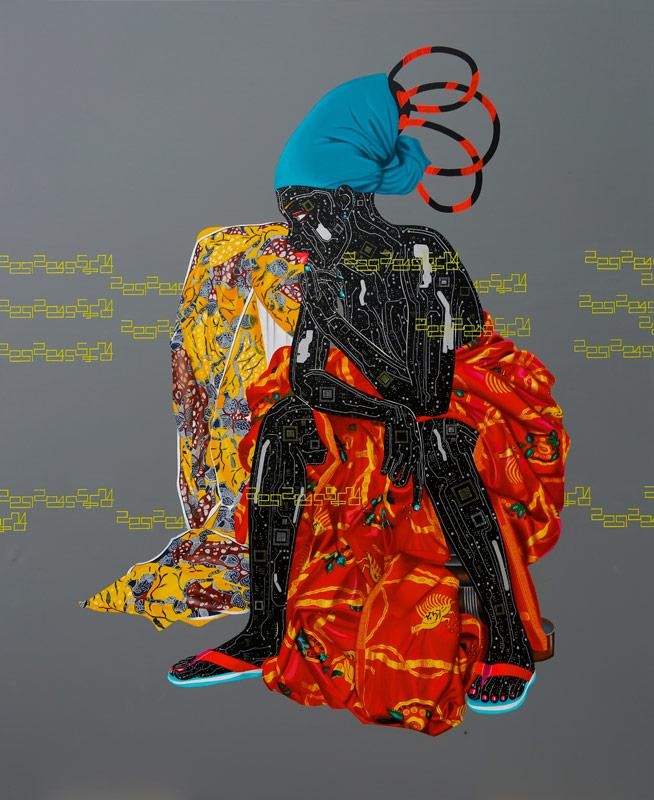 The Portuguese landed at Elmina in the 15th century. During the same period they also landed in the coastal area of the Kongo kingdom where they exchanged porcelain for slaves, land and influence.

The local leaders for some strange reason thought that the porcelain conferred certain powers on them.

Today, this tragic behavior of local African leaders has been captured and commented on by a young, important Congolese artist –  Eddy Kamuanga Ilunga. 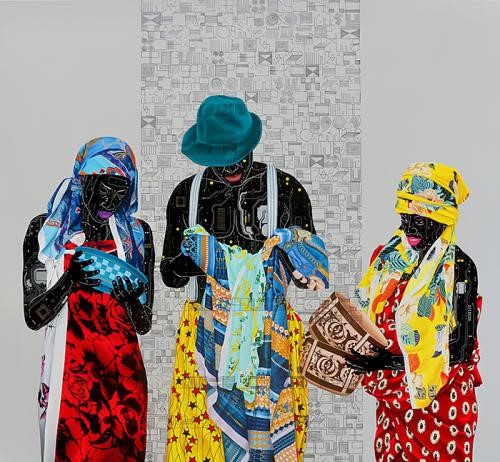 But the African figures are rendered as ideographs in a sci fi mien; their bodies are impregnated with circuitry and computer motherboards. 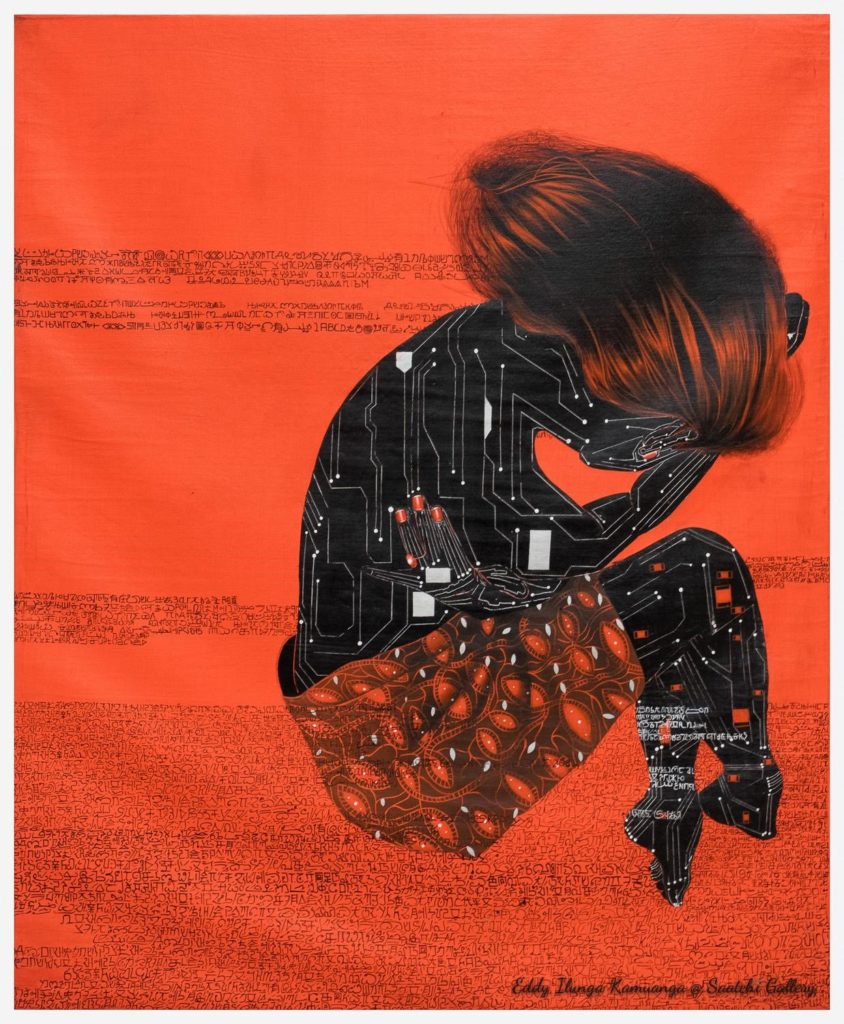 Thus the current Western appetite for rare earth metals – such as coltan, is shown to have led to mutilation of African bodies; destruction of water bodies, farmlands, forests and whole communities.

Ilunga states that his acrylic and oil paintings are simply to “raise awareness about the conditions and contradictions under which people live.

I don’t have trenchant opinions or play the judge; I show my view calmly and allow others to form theirs.”

He sums it up as follows, “there is a way to exploit minerals without corruption. What bothers me is it’s done without respect for human rights.”