An African artist, Jacques Viljoen, has been officially appointed as the first ever Artist in Residence by the United Grand Lodge of England (UGLE) – the oldest body of Freemasons set up as a Grand Lodge in the world.

Jacques Viljoen at work on a portrait.

The 28 year old was born in South Africa and studied fine art at The University of Cape Town; he majored in painting. From 2015, he studied painting and drawing in London alongside several classically trained artists.

Viljoen firmly believes that no artist can escape their time, or escape the past; and this informs his work.

The appointment is to commemorate the worldwide 2017 tercentenary year celebration of the UGLE.

Viljoen will lead ten young emerging artists to create individual artwork on site at Freemasons’ Hall during his residency. 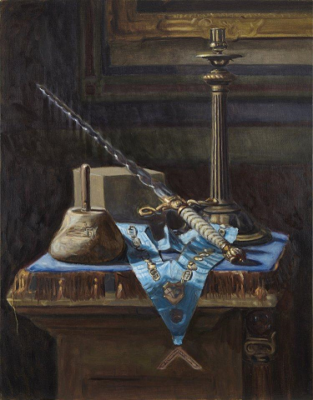 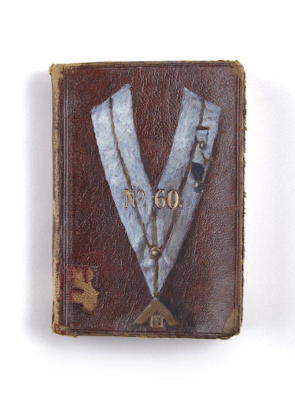 Extract from book:
“A mason is obliged, by his tenure, to obey the moral law; and if he righteously understands The Art he will never be a stupid atheist nor an irreligious libertine. He, of all men, should best understand that God seeth not as man seeth; for man looketh at the outward appearance, but God looketh to the heart.” 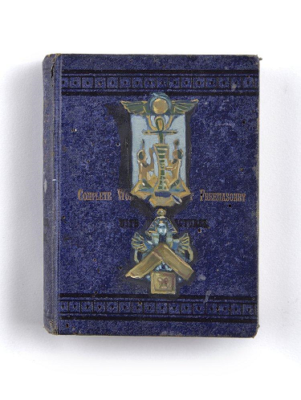 Text from book:
“It is an office which is not in the power of the W.M. to bestow, being yours of right, as having faithfully performed your duty in The Craft. Your Jewel is the 47th Problem of the 1st Book of Euclid, which was one of the most important discoveries of the learned Brother Pythagoras.”

The artists will observe and capture actual masonic life (wow!) and they will be given unfettered access to Freemasons’ Hall – an art deco architectural masterpiece with an extensive museum, library and numerous meeting rooms.

Viljoen has since the commencement of his residency produced numerous seminal art pieces that convey the fraternal spirit within Freemasonry and the tremendous mystique that it has for outsiders.

We are rooting for you!!

More examples of his work are available here. 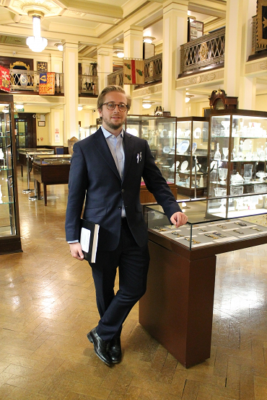